The heat dome over the east coast was getting to me so I drove up to Sleepy Creek Wildlife Management area. It is about 5 degrees cooler and at that point every degree counted. Besides I hadn’t been up there for a while and I was hoping to find some butterflies. 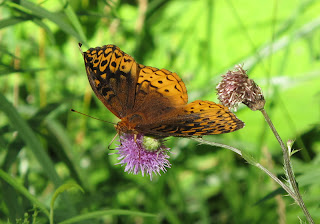 Great Spangled Fritiliary
Driving down the dirt road toward the lake I was finding a lot of flowers in bloom but not as many butterflies as I expected. So since I am trying to learn summer wildflowers I took the opportunity to look at them without being distracted. First up was Spotted Knapweed. 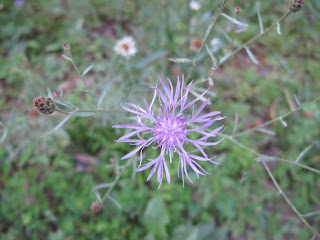 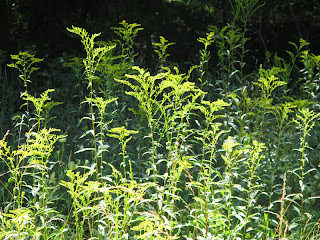 I also noticed this goldenrod bunch gall. Usually I don’t notice them until the fall. 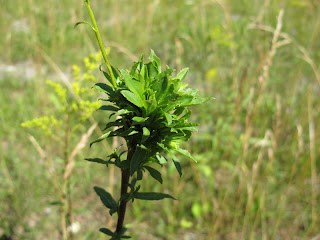 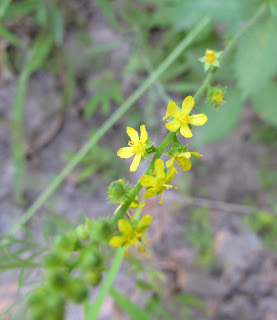 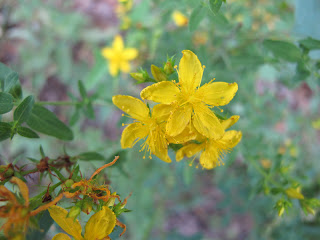 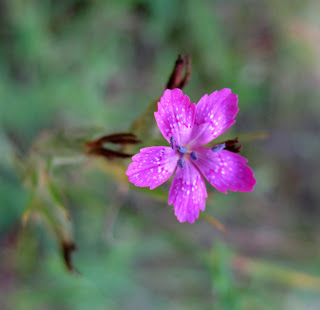 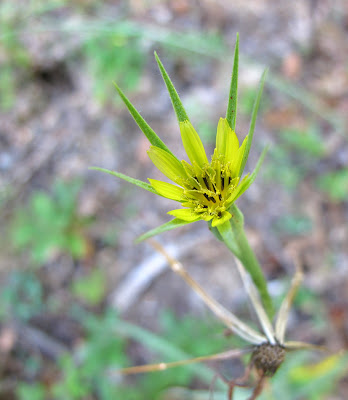 But most impressive of all was this tiny flower called Yellow Goat's Beard (Tragopogon pratensis).

It doesn’t look impressive here but take a look at the seed head below. It was like Gulliver in the Lilliputian world of dandy lions only it isn’t a dandy lion. 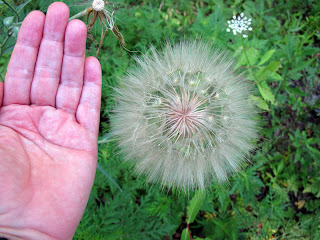 Here is a few of the seeds. 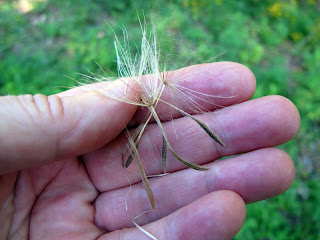 As I drove on down toward the lake I passed a lot of White Sweet Clover (Melilotus alba) at least I think that is what this is. 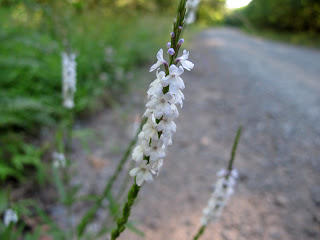 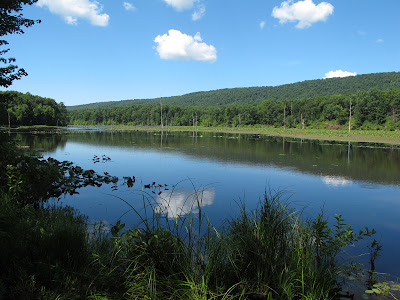 Finally at the like is where I found most of the butterflies. 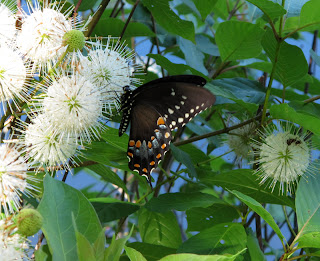 Of course there were some nice Odonata as well. 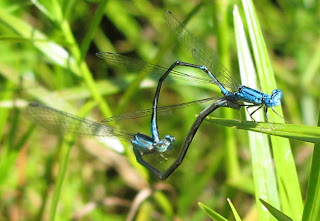 A couple of damselflies mating.
The female is in the back and lifted her ovipositor up to collect the sperm from the male. 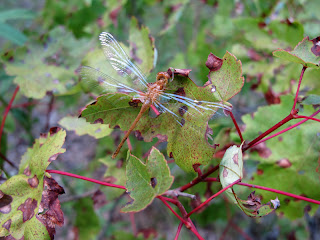 I'm not sure what this dragonfly is because it just hatched and in a stage called "teneral". The wings are shinny and still soft which makes them very vulnerable at this time because they fly so slow. 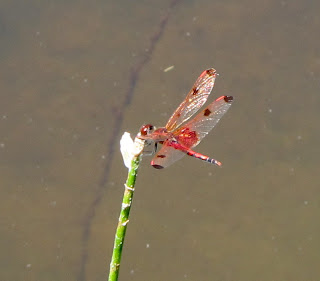 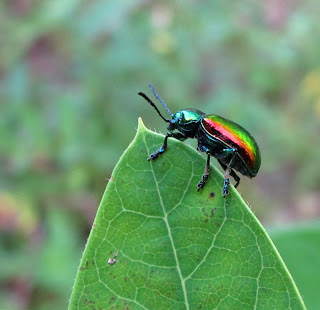 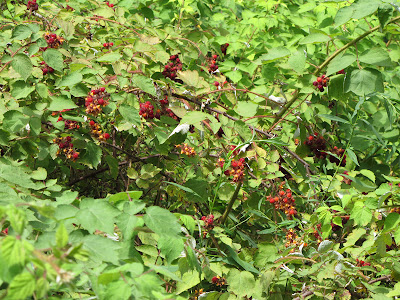 On my way home I stopped to pick some wineberries. Yummy! 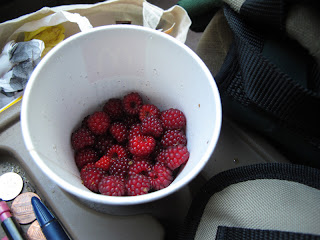 Stop by Outdoor Wednesdays for more adventures outside. Click here.
Posted by squirrel at 1:04 PM

Is that a buttonbush in bloom that the Spicebush Swallowtail is on? If so, I'm in the process of rooting some cuttings a friend gave me. Neat plant.