I have a large white oak tree in my yard that produces big fat acorn every year but this year. Nada, not a one. I feel sorry for the squirrels but they are steeling my bird food so there is nothing to be done but to feed them as well. So this year I bought some deer corn in hopes that they would eat that instead. It is sort of working. But now I have a new visitor that has never come on the deck before and probably not into the yard either. When I came home from work a few nights ago this is what I saw! I grabbed my camera and tried to snap a few photos but neither one of us could believe what we saw. 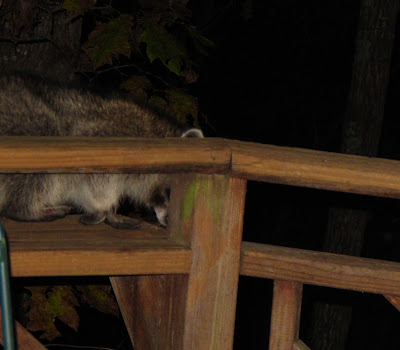 This happen three nights in a row until I realized that I would need to bring in the feeders each night. The following is a compilation of the photos I took during that time. I apologize for the blurriness but we were both in a hurry. 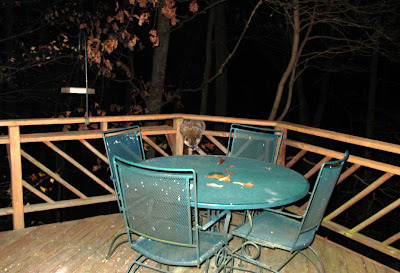 From Wikipedia I read some interesting facts I want to share. The raccoon, (Procyon lotor) is pretty smart and studies have shown that they are able to remember the solution to tasks up to three years later. Darn I’m going to have to bring in the feeders for three years. 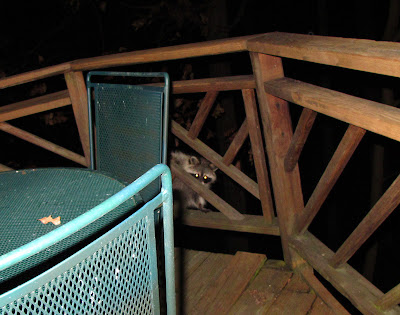 The home range size can vary from 7 acres to 20 square miles and their life expectancy in the wild is only 1.8 to 3.1 years. Hunting and road kills are what mostly does them in. 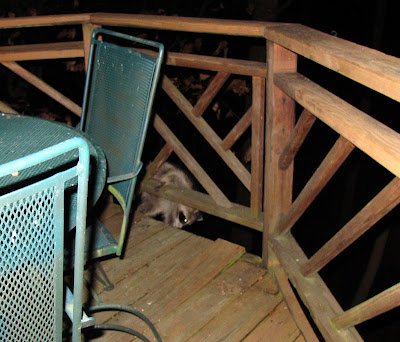 You can’t tell it by these photos but their top speed over shot distances is 10-15 mph. They can swim with an average speed of about 3 mph and can stay in the water for several hours. 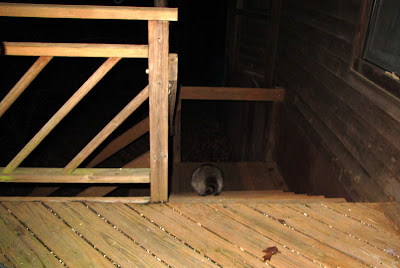 For climbing down a tree headfirst—an unusually ability for a mammal of its size—a raccoon rotates its hind feet so they are pointing backwards. 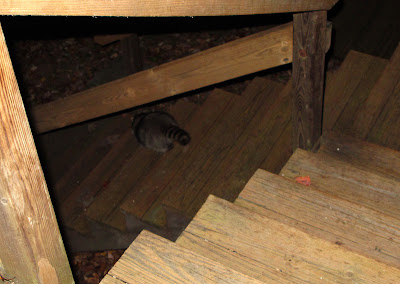 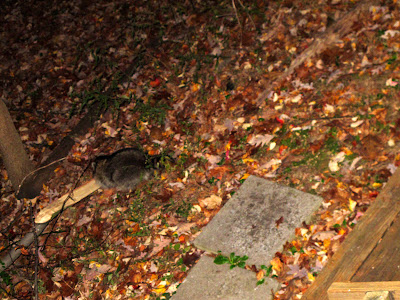 Email ThisBlogThis!Share to TwitterShare to FacebookShare to Pinterest
Labels: Mammals

haha, enjoyed this post today... we have raccoon problems on occasion, and they can't stay here because their droppings are death to horses, and they are death to any kittens or cats.. so we 'hunt" them, unfortunately...they are gorgeous animals, i had a pet one once.. that was fun.. good luck with the rascal !

I love that first photo! They are beautiful animals.