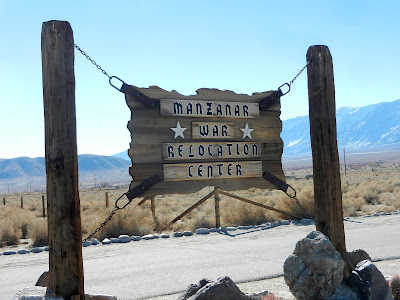 My final destination was Death Valley National Park but I made plans to first stop at the Manzanar Japanese Relocation Center just up the road from one of the park entrances.  It wasn’t at all what I expected because I thought there would be more buildings but in fact there were none, only a couple of replicas. 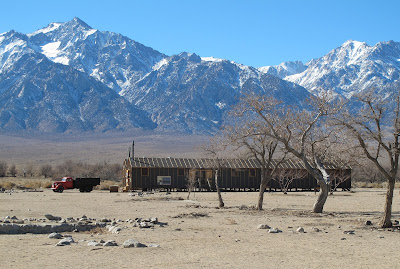 The museum and movie were informative and gave me a better understanding of what life was like there.  It was one of those events that were not reported on much for the general public.  There were 10 relocation centers in remote deserts, plains, and swamps of seven states. Manzanar is located along the Sierra Nevada Mountains. About two-thirds of all Japanese Americans interned at Manzanar were American citizens by birth.  I’m not going to give a history lesson here but I do think everyone should learn about this event in out history.  I admire the way they made the best out of a bad situation. 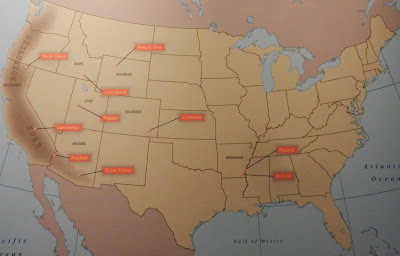 “We had about one week to dispose of what we owned, except what we could pack and carry for our departure by bus…for Manzanar” said William Hohri.  Each family had a tab that they attached to their clothing to make sure they arrived together.  Sort of like a baggage tag. 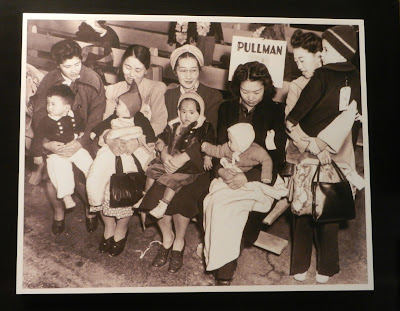 They lived in barracks and Rosie Kakuuchi wrote, “…one of the hardest things to endure was the communal latrines, with no partitions; and showers with no stalls.” 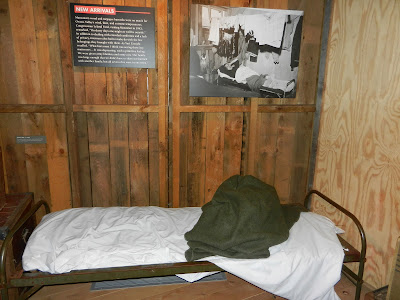 Here is a good youtube video showing some of the history. 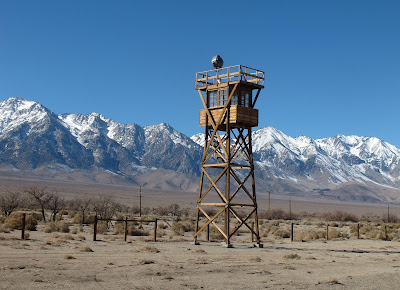 I'm so glad you went here and blogged about it. I had no idea there were so many of these centers. It seems unthinkable now.