I walked the Yaqui Well Trail near the Tamarisk Grove Campground with a goal to find birds since I was told that this would be a good place. When I stepped out of the car I was greeted by a Phainopepla which is common to southern California but I never get tired of looking at them.  To my friends in the East I have described them a Goth Cardinals all dressed in black. 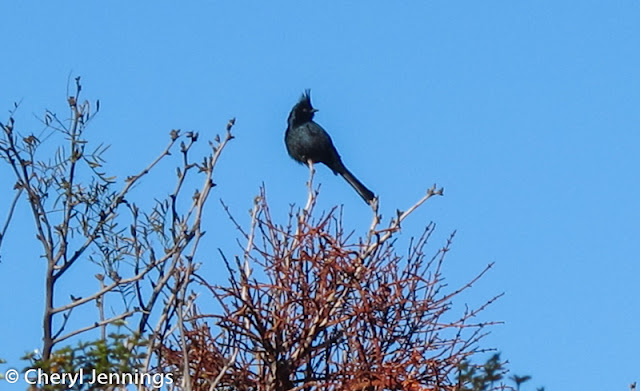 The trail was rocky with cactus all about. 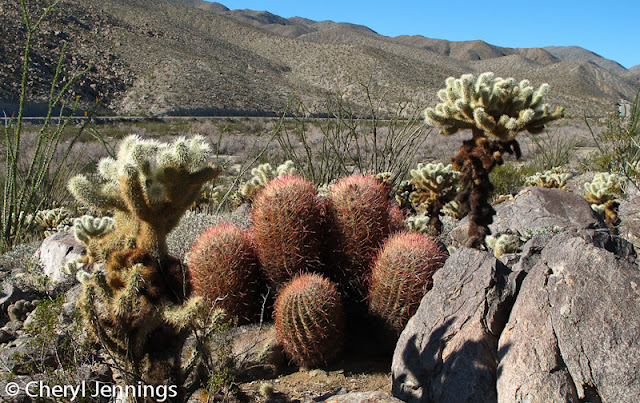 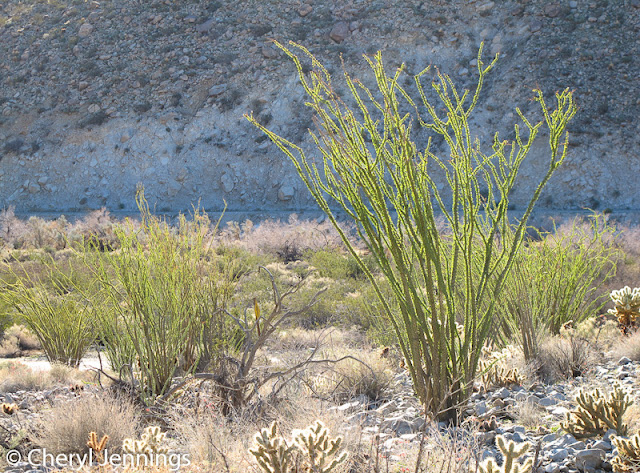 Once I found the old Yaqui Well I noticed several white butterflies racing up and down the path patrolling and doing battle over territory. Further along I round the source of nectar and a beautiful Western White butterfly (Pontia accidentalis). I have finally learned that just because something looks familiar it is often the western version and therefore just a little different. So this was not a West Virginia White. 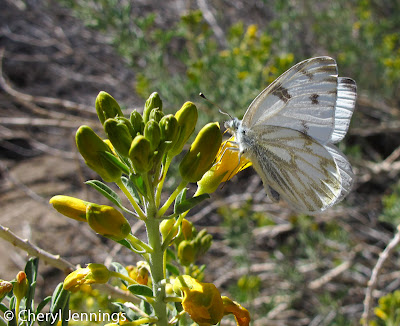 Up until my last day I had not seen Ocotillo in bloom but on the drive back to the campground I came to a screeching halt and slowing made a 5 point turn back to see their lipstick tube red blossoms. 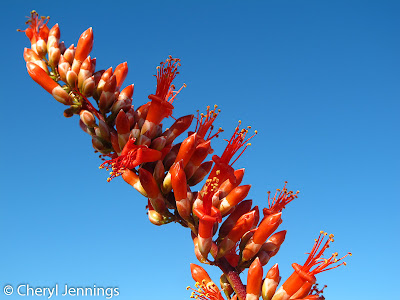 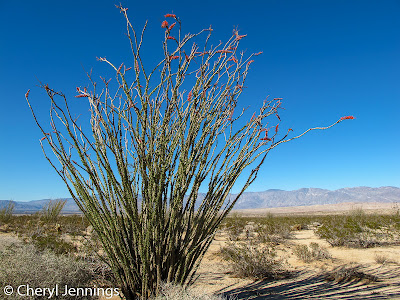 "At a casual glance, nothing seemed to live here except the few plants which had clawed deep into the earth, defying wind and heat alike . . . But this was deceptive. The desert nurtured a whole world of living things of its own."  -- Edward Maddin Anisworth, author
Posted by squirrel at 12:10 PM

Oh, that butterfly shot is spectacular! There are several "white" species out there. I have a book of Anza Borrego butterflies, and I'm still not sure what it is, exactly.

But a beautiful photo anyway!