The day after the Mushroom Foray my nature buddy and I took a walk out to Balanced Rock. It had rained that morning until about 10:00 and the trail was like a small stream and the footbridge we crossed the previous day was now partially under water. But that didn’t deter us and soon we were at Balanced Rock. 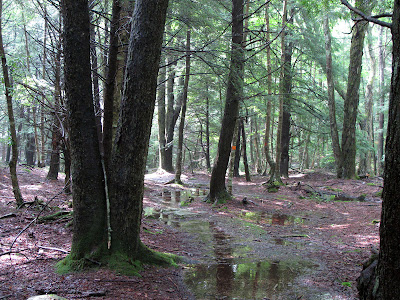 In the next photo you can see where the water partially covered the bridge and the tannin stained water that Blackwater is named after. 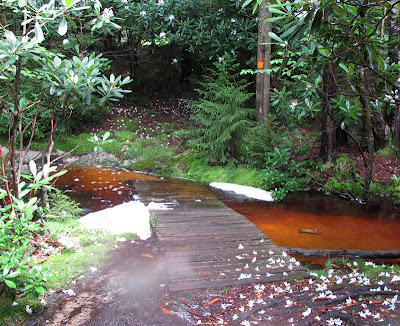 Below are some of the many Indian Pipes (Monotropa uniflora) we saw. They are often seen when looking for mushrooms but they aren't a mushroom. In fact they are a parasite to mushrooms, most commonly the Russula and Lactarius mycelia.  Since Indian Pipes have no chlorophyll they tap into the mycleia to take up the needed nutrients. 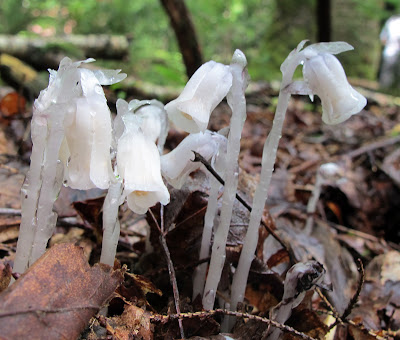 Here are a few interesting mushrooms that we saw on the second day. 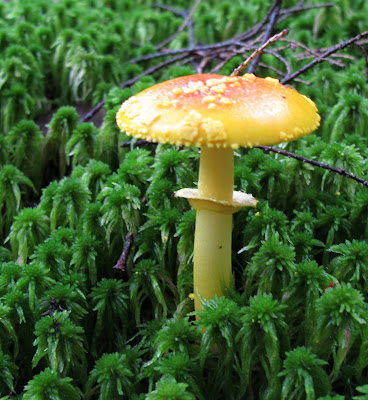 Amanita flavoconia (Yellow Patches) is a do not eat mushroom. 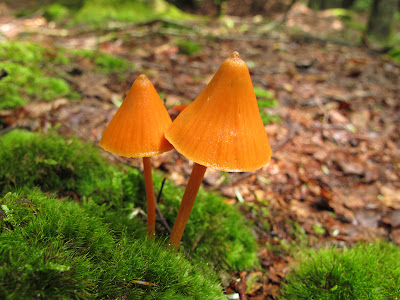 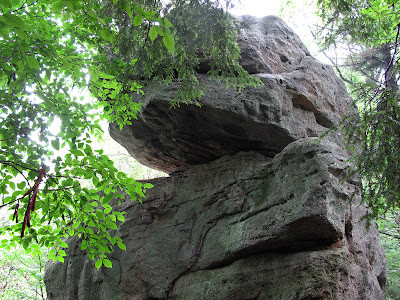 Balanced Rock was created by a difference in the rate of weathering. Sceintifically it is called Differential weathering. The top rock has with stood the elements better than the rock on the bottm and left them in this precarious position called a table rock. 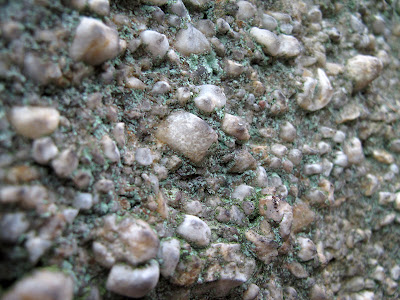 Here is a close up of the conglomerate sandstone from the Pottsville Group that makes up the Balanced Rock.

My nature nerd buddy, Trillium, pointed this Velvety Black Earth Tongue (Trichoglossum hirsutum) to me. Once I saw it and had a search image in my head I could see it everywhere. We were surrounded!  These are in the group commonly called Club Fungi. 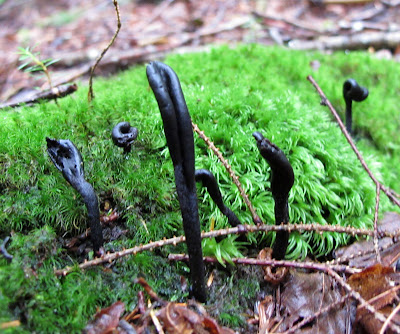 Velvety Black Earth Tongue (Trichoglossum hirsutum)
This next one is a Coral Fungi and you probably think I did something to it to make it this orange but believe me I didn't, the light was just right and it almost glowed. 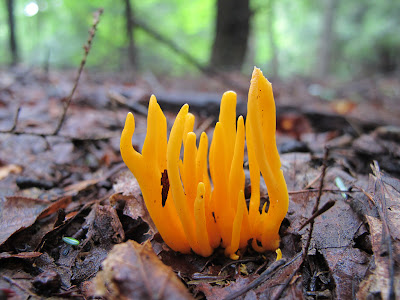 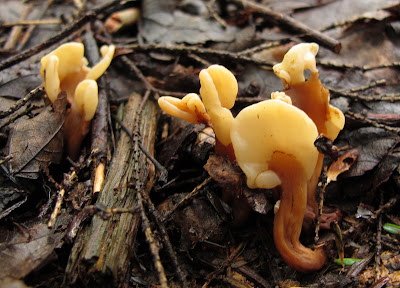 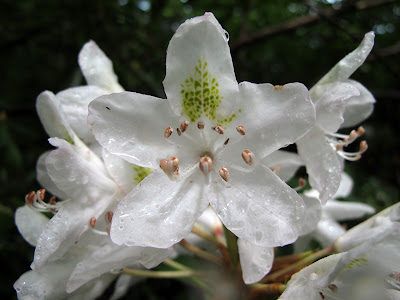 The Rhododendron maximum, or “great laurel,” is the state flower of West Virginia.


For the first time I really took note of those green markings on these flowers. Actually Trillium pointed them out to me but we weren't sure what they are used for.  Do any of you know? 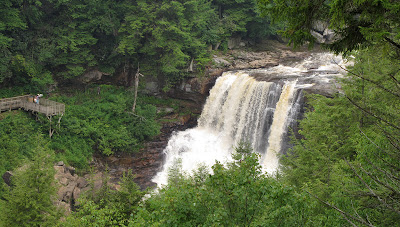 From there we drove over to see how the rain had effected the falls. It was the fullest that I had ever seen.  All in all it was a wonderful day in a Wild and Wonderful West Virginia.

Great summary of our walk! Thanks for looking up the names of what we saw! Earth tongue, that is cool!

Wow..I found the mushrooms fascinating to see. The color on each one is just fantastic..