My last day at Zion (18 May) I was alone once again so I decided to take the Watchman Trail for a short distance. 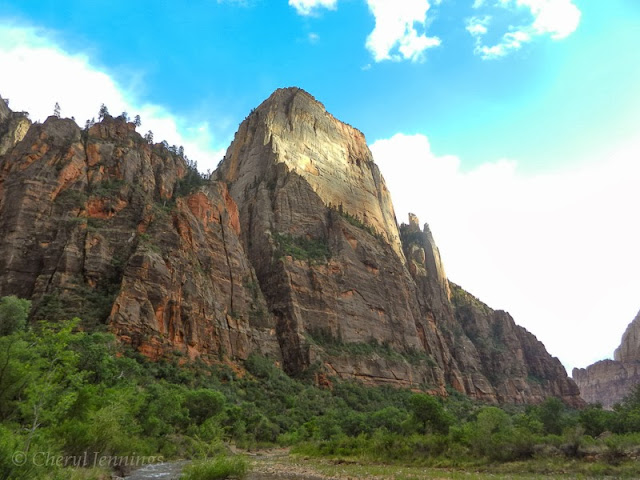 I never actually made it to the area where the trail began to ascend because I was seeing so many lizards. Below are a few of them. I not certain I have identified them correctly but they are beautiful in their own right. If any one really knows what they are I would appreciate a comment giving me the correct species name. 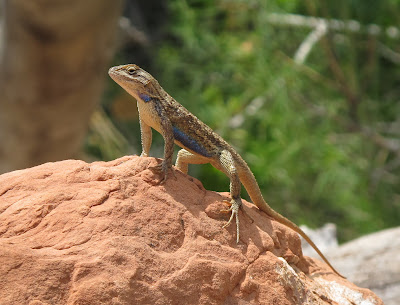 Western Fence Lizzard (Sceloporus occidentalis) Commonly called the blue-belly, it is often seen displaying to attract females or drive off intruders; it bobs its head and flattens it sides, showing off the blue patches. It was the most common lizzard I saw. 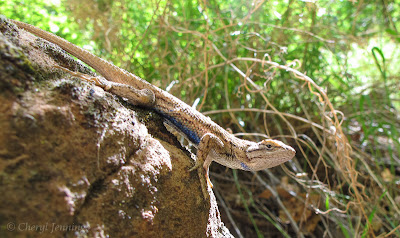 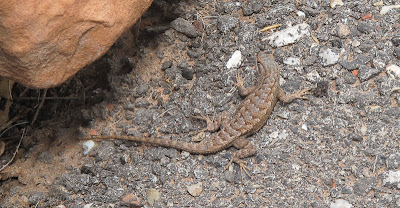 Above is a Desert Spiny Lizzard (Sceloporus magister) have the ability to change their color so they are darker during cool times, which aallows them to absorb more heat from the sun, and become lighter during warm times so they reflect more solar radiation. 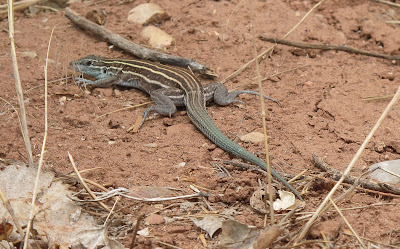 These two were Canyon Spotted Whiptail (Cnemidophorus burti) chasing around together. I suspect one of them had sex on its mind.
In 1987 Barry Lopez wrote in California, Desert, A Worldly Wilderness: "The faster the eye is moving the fewer things it will see.” I think that pretty much justifies my slow movement in search of lizards that day.

While I was eating dinner that evening I had a visitor. 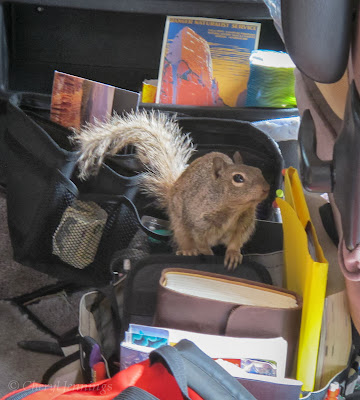 The day ended with another beautiful view of The Watchman as the sun went down. 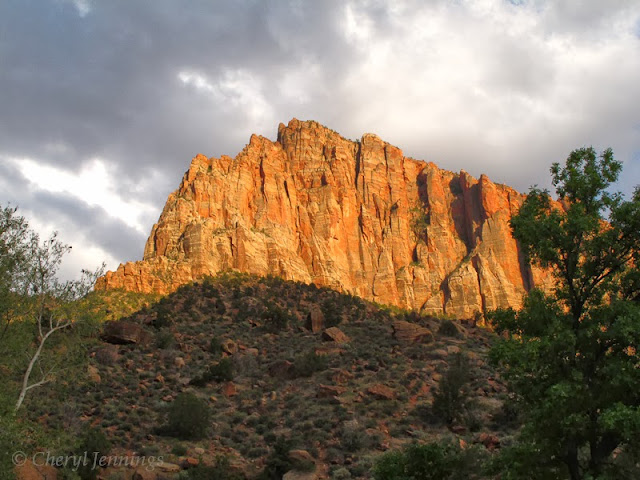