From Dinosaur National Park I drove west on US 40 toward Salt Lake City.  I had in mind to visit the Bear River Migratory Bird Refuge but I soon began to realize I was not going to see much more than gulls this time of year.  So I stopped short and drove across the causeway onto Antelope Island State Park. Right away I could see I made the right decision.  Off to my right was an incredible view looking across the Great Salt Lake. 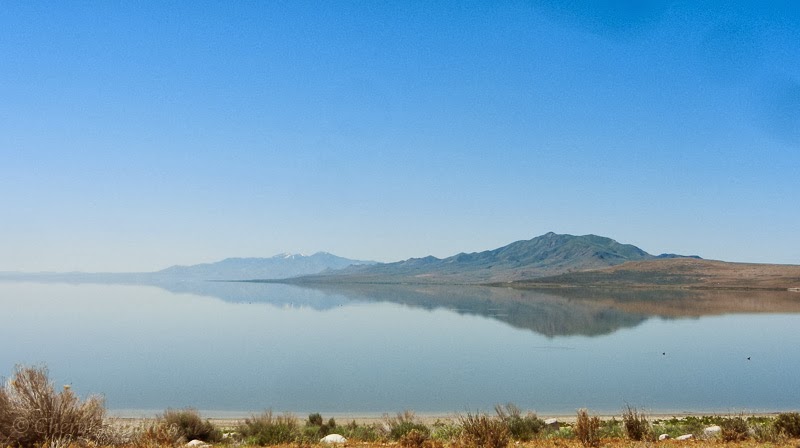 The Great Salt Lake is a remnant of prehistoric Lake Bonneville which covered more than 20,000 square miles during the Ice Age.  Four rivers flow into the late but there are no outlets so the evaporation leaves high concentration of minerals. As a rule the lake is five times saltier than the ocean.  Only brine shrimp, brine flies and several types of algae can survive the lake waters.  Fortunately unlike Salton Sea it did not have all the dead fish along its banks but California Gulls were everywhere. 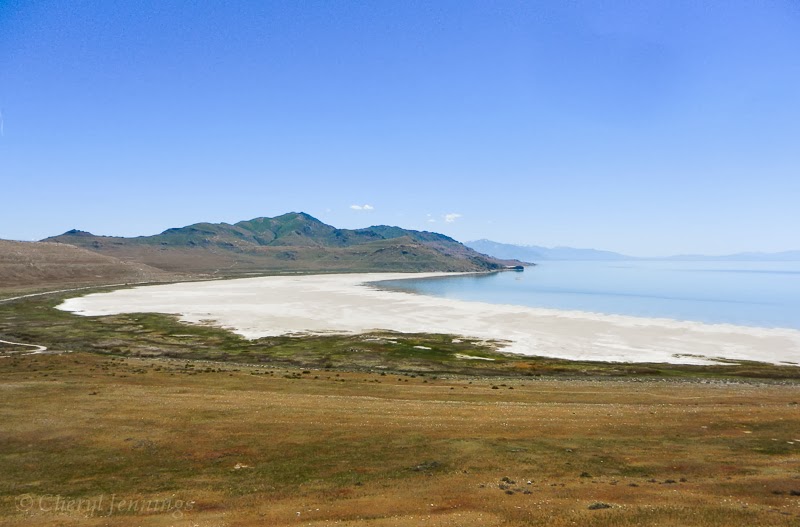 I took one short walk where I found a nice damselfly. They were in mating mode so it was hard to find one sitting still. 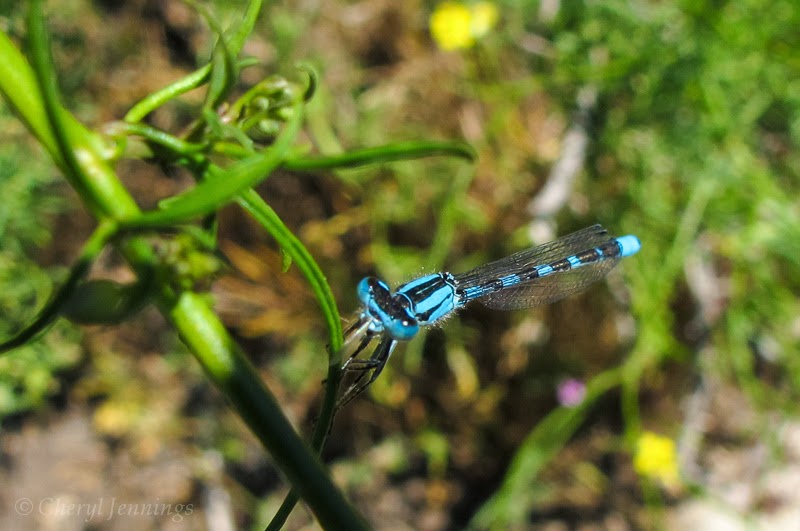 I sat on this bench for a little while looking out over the water to the other side.  I found that my mind would quiet down and rest when I looked out into these long distances. 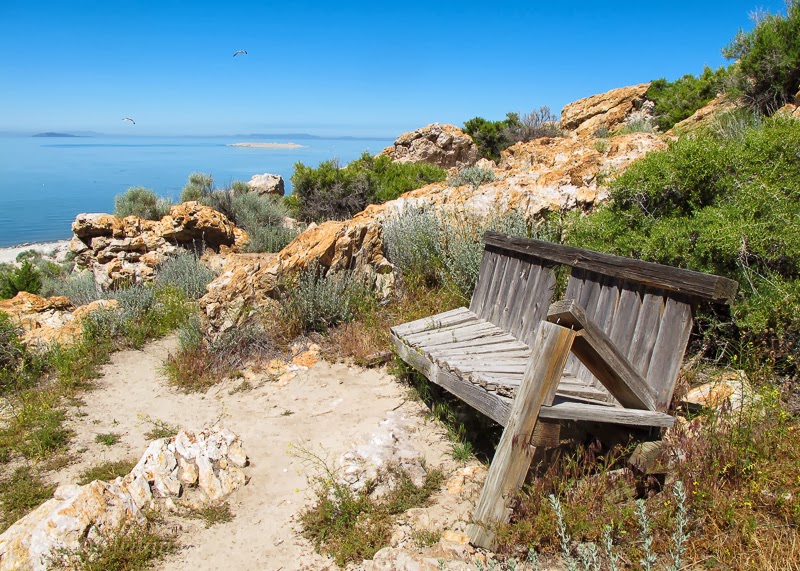 I easily found a camp site and prepared lunch. In my journal I wrote, “I am sitting on my camper steps, my front stoop, as it were, and across the road are three male bison contently sitting and grazing. The purple topped grasses fluttering at their sides as they sit chewing their cud. California gulls are soaring overhead.  Magpies play chase as they fly by.  I hear the sounds of yellow headed black birds, with their watery metallic voices. It is so quiet I can hear the leaves rustle in the few sparse trees near my campsite. The tranquility of the bison is magically transferred to me.” 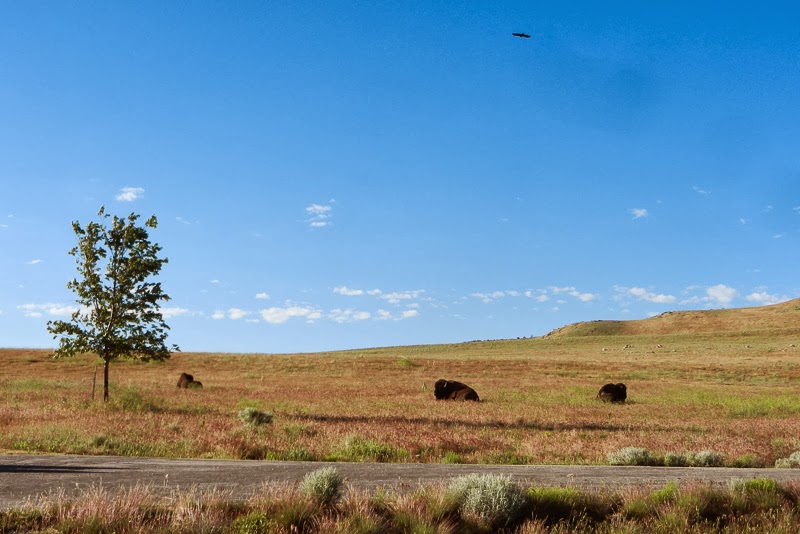 These were the first bison I saw on my journey. I was very lucky to be this close with no one else around chattering and taking photos. 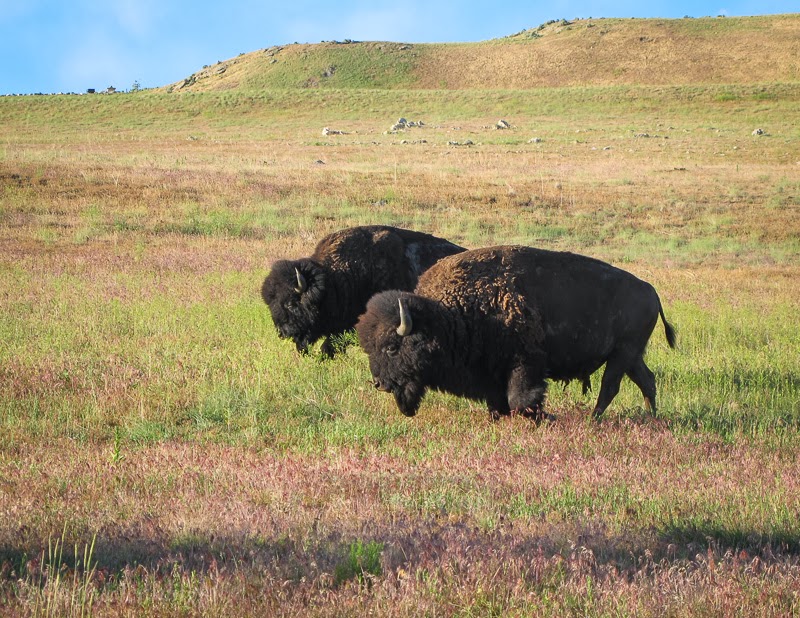 The Yellow Headed Black Bird was a life bird. 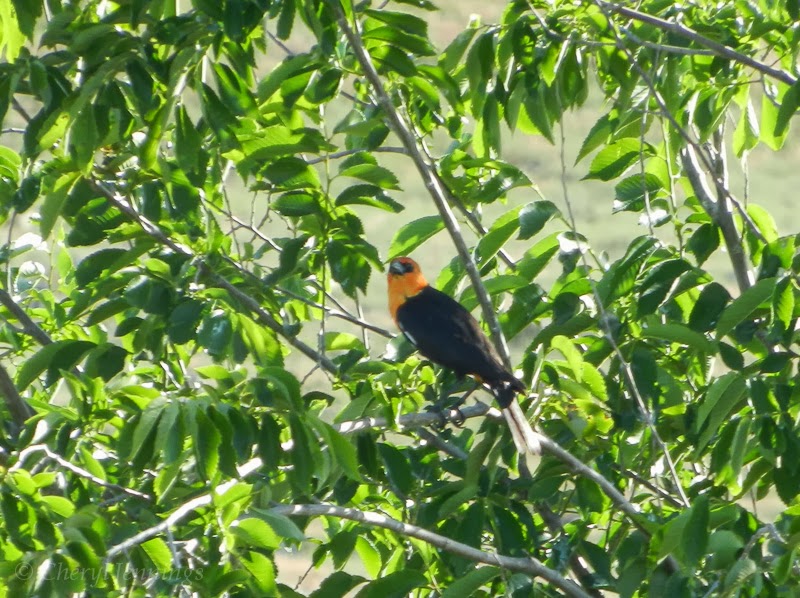 As the sun set I noticed a group of men hovered over something in the road. I went to investigate and I found a young Eastern Blue Racer, one of the 3 species on the island. It wanted no part of us and quickly races away before I could get proper setting on my camera. 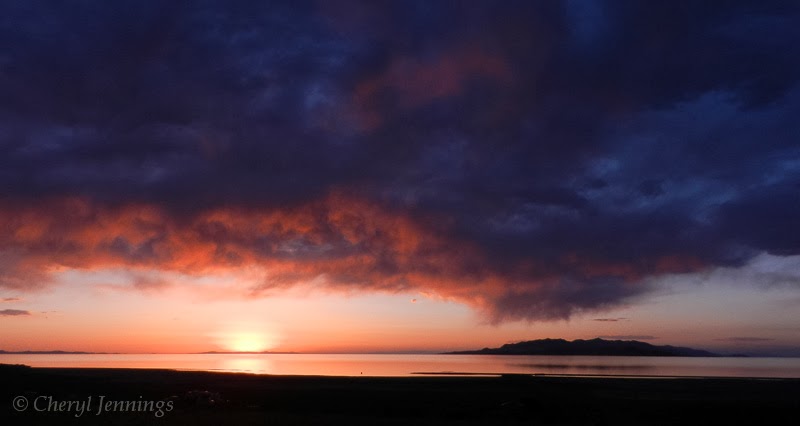 In the morning I drove to another side of the island, passing a small group of burrowing owls. 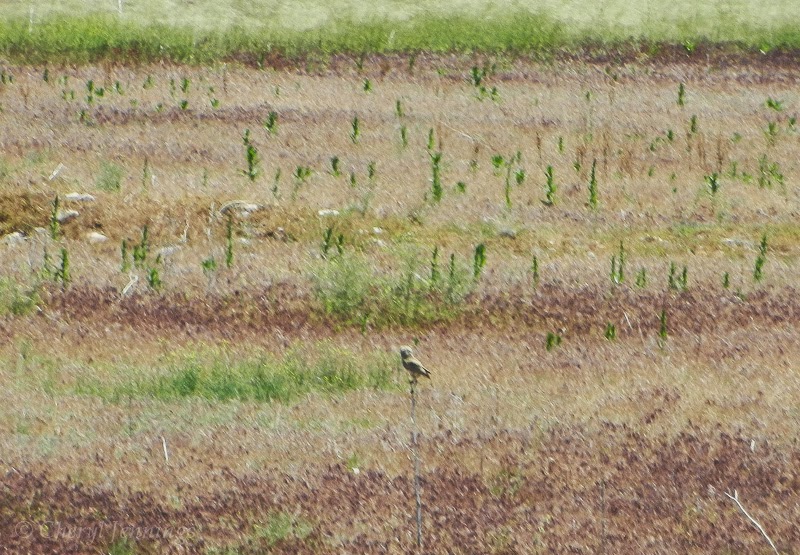 The next morning I drove to the Fielding Garr Ranch on the other side of the island. First settled in 1848 it represents 133 years of western ranch history. On the way I passed a large heard of bison. They looked mostly like mothers with the young calves. You can see them walking out onto the salt in the distance. A Pronghorn is in the foreground. 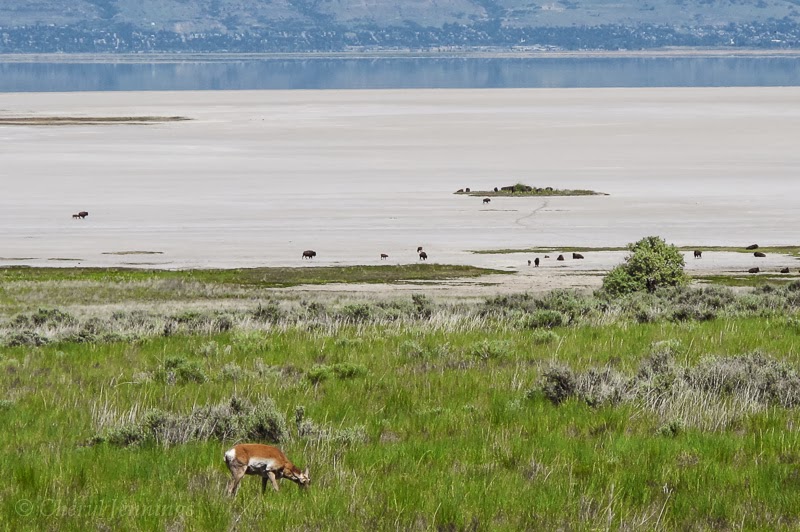 The ranch was interesting but crowded with visitors. 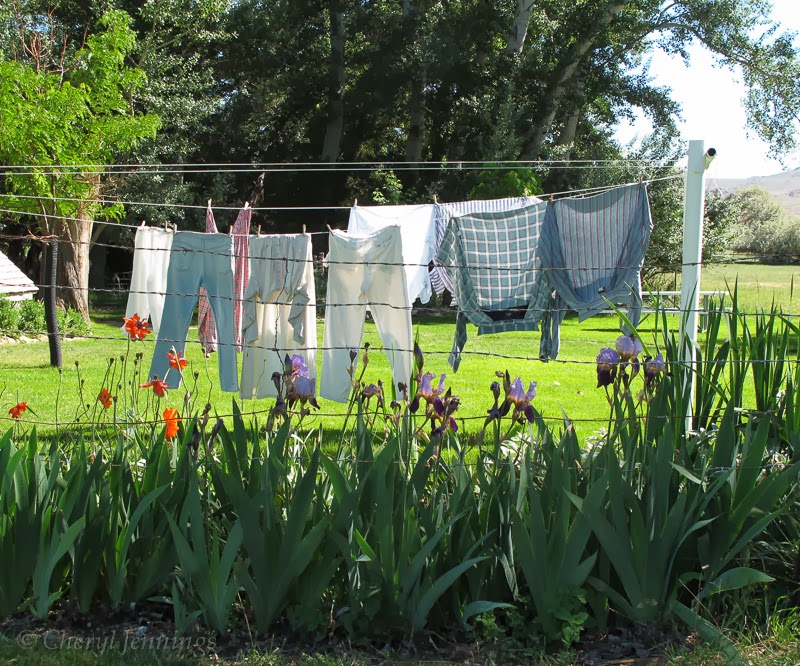 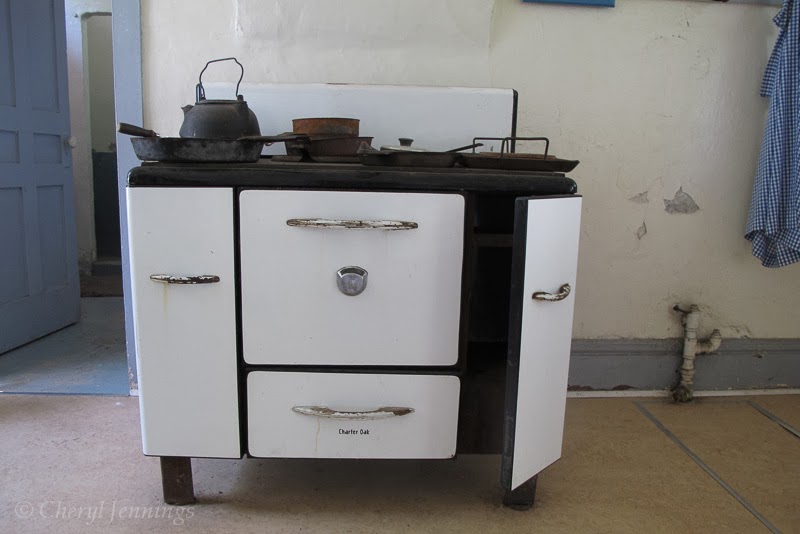 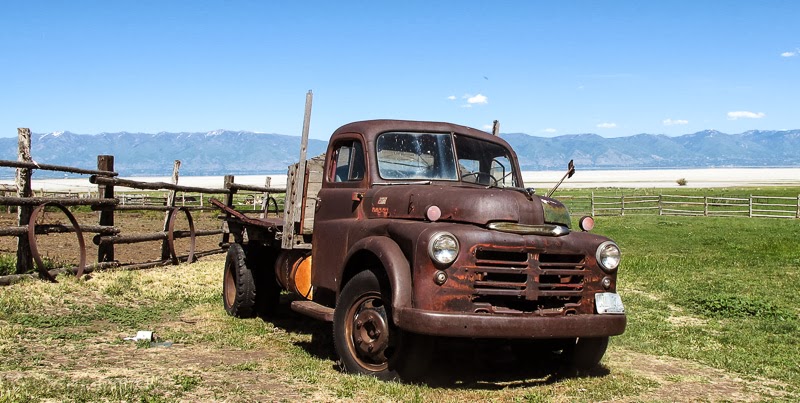 Watch this middle horse as it clears the others away so it can do its thing. It learned how to splash water on its chest to cool down. 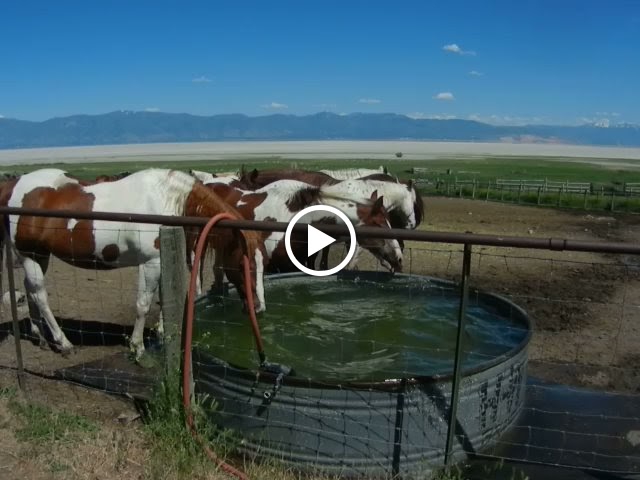 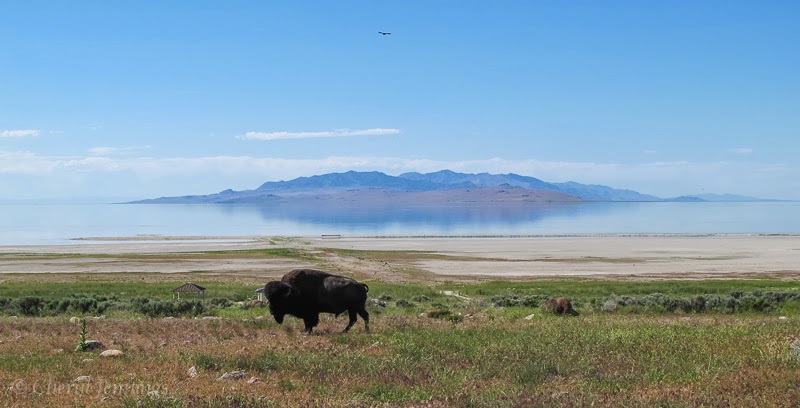 Your trip sounds more amazing with every post! Wonderful inspiration.