The next morning I drove down Cub Creek Road to see the Fremont Petroglyphs. Approximately a thousand years ago (500-1300AD), the Fremont people settled in this area as evidenced by the petroglyphs chipped into the rocks. They gathered and ate native plants, and hunted mule deer, bighorn sheep, small mammals and birds. The Fremont also farmed corn, beans and squash. 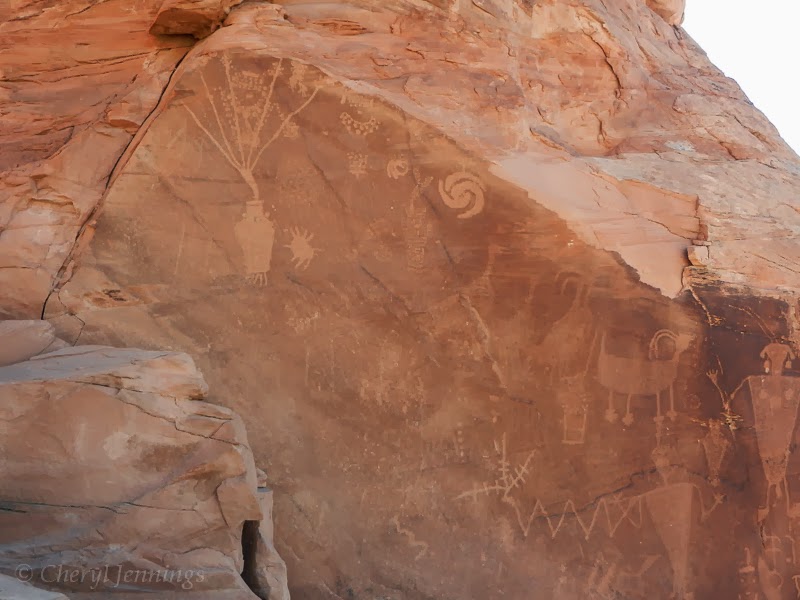 Hammer stones were used to chip and carve these images. Sandstone darkened with desert varnish, a naturally formed stain of iron and manganese oxides, I mentioned in a previous blog, made an ideal canvas for their carvings. 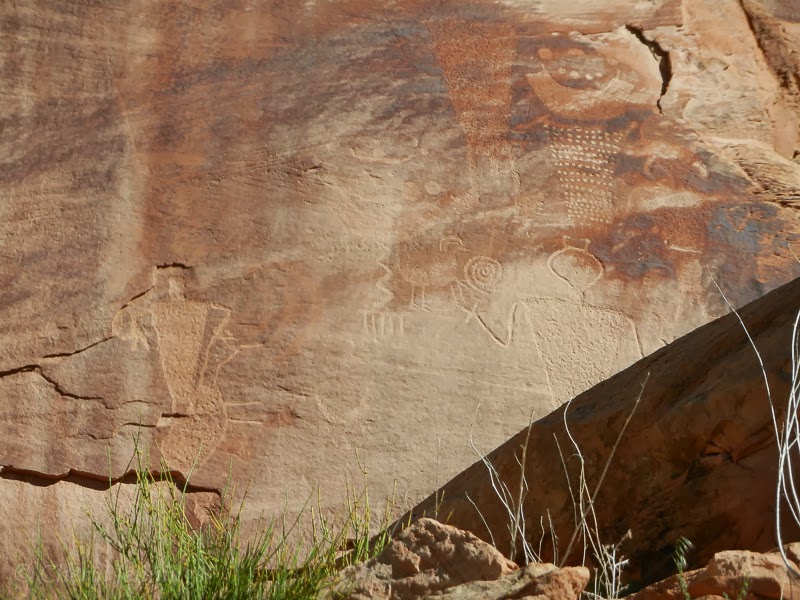 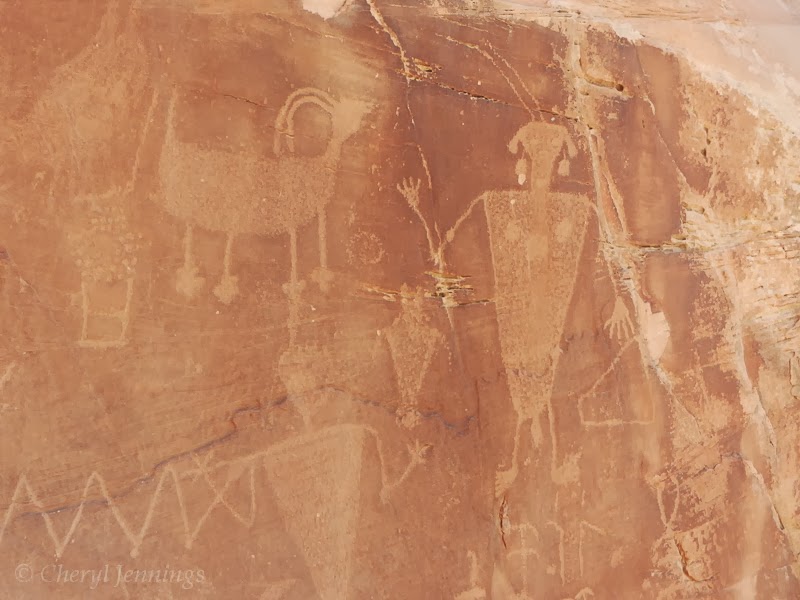 On down the road I came to a larger and higher petroglyph site and began climbing. On the way up I spotted these two lizards mating. 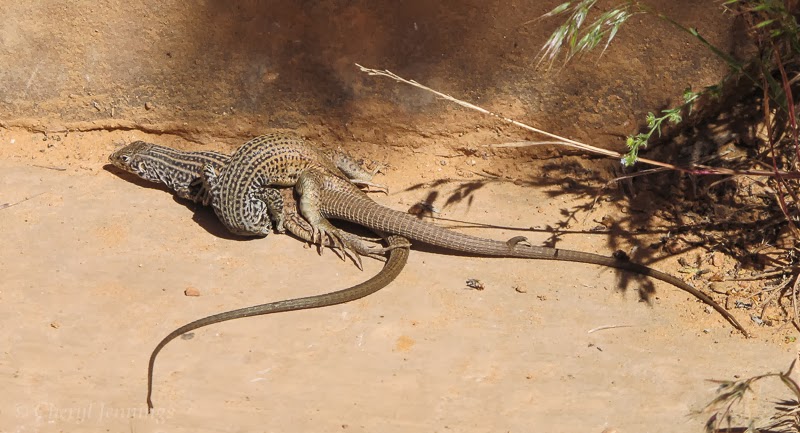 They didn't even notice me and I had time to pull out another camera and take this video. 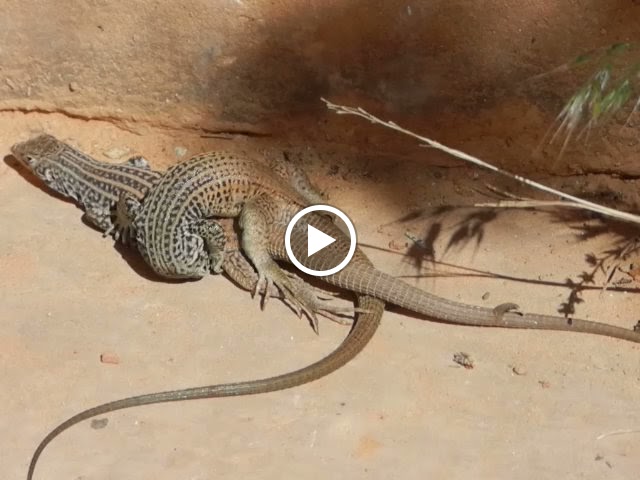 Just up the trail were several  images of lizards and I wondered if this was a sacred spot for lizards who come here annually to revel in sexual rituals to appease the great lizard gods and  assure themselves of healthy offspring and abundance of insects for the coming year. I love to anthropomorphize. 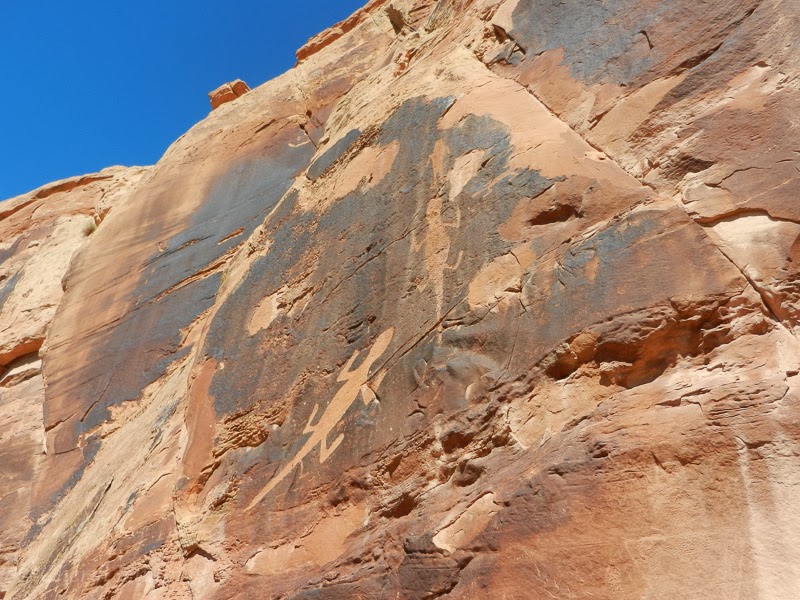 Zoomorphs (animal like figures) and geometric designs are also common subjects of the Fremont rock art.
There were many more images along this ridge including the flute player. 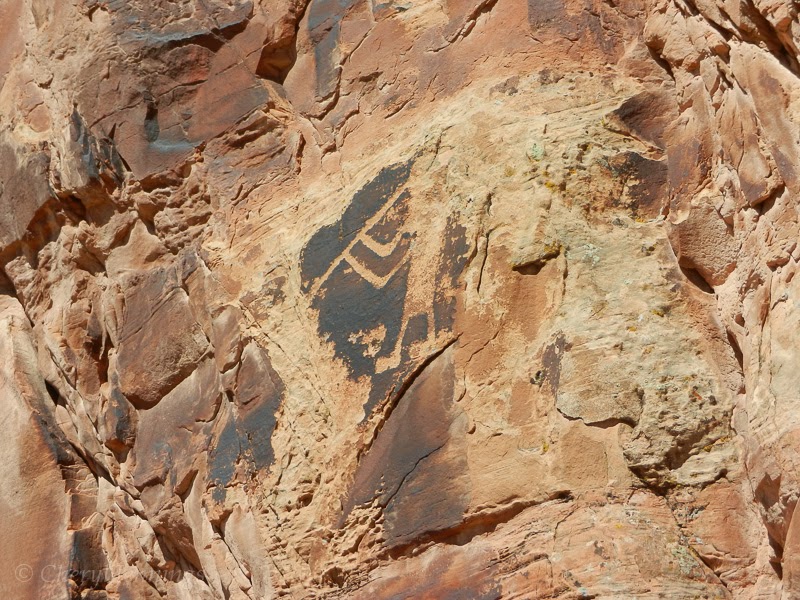 No one really knows why these are here; some say for ceremonial or religious purpose. Or they could be related to hunting activities, identifying their clans or simply expressions of artist’s imaginations. Even today don’t we, in developed countries, create similar art, graffiti, religious art in churches, great mountain carvings? It seems there is a human need to make our mark upon the earth that goes back thousands of years. 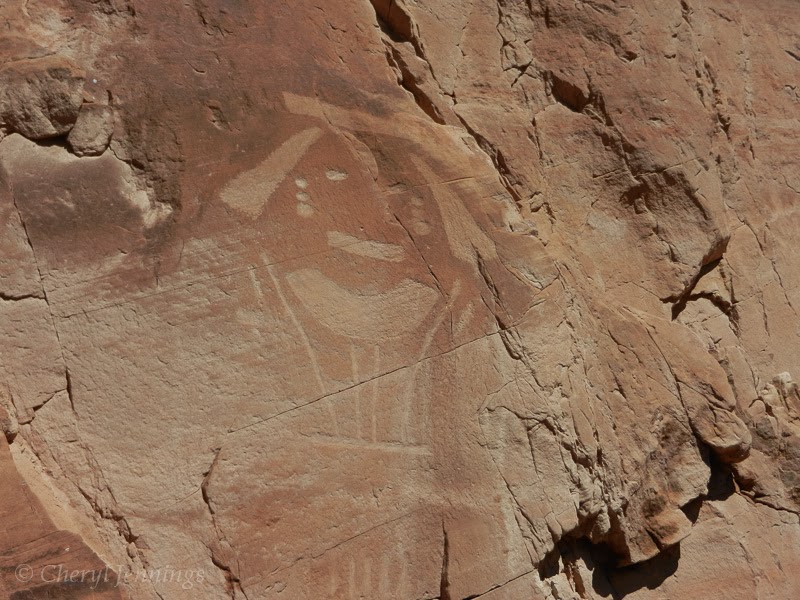 These images were pretty high and I took the opportunity to take a photo of my camper and surrounding landscape. It was so peaceful up there, with only bird song in my ears, it was the ideal place to draw and write. 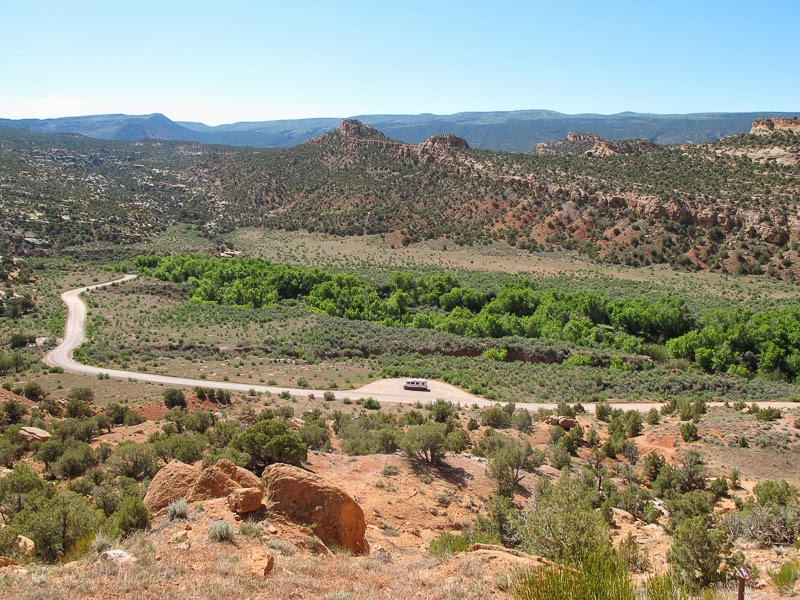 At the end of the road was Josie Mosses’ homestead where she lived in the early 1900’s. She was quite the character. Nearing 40 years of age, divorced and with her children out of the house she wanted a home of her own. Josie chose this spot for its plentiful water and good pasture, the natural resources necessary to grow fruits and vegetables and raise cattle. 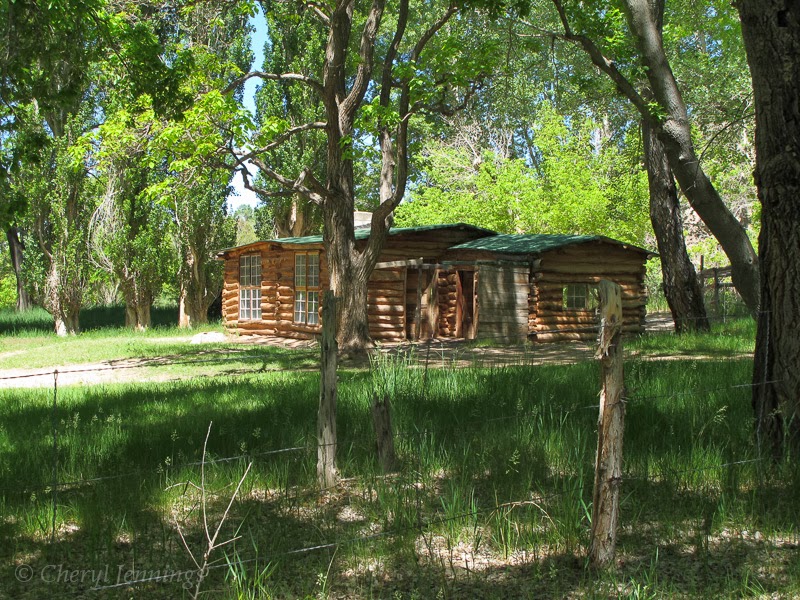 Family and friends from Vernal visited but here life here suited Josie’s independent spirit. She lived in this cabin until shortly before her death in 1964 at age 90. I was in high school at the time and Beetles had just arrived in the US. She had no plumbing or electricity but she did have gumption. 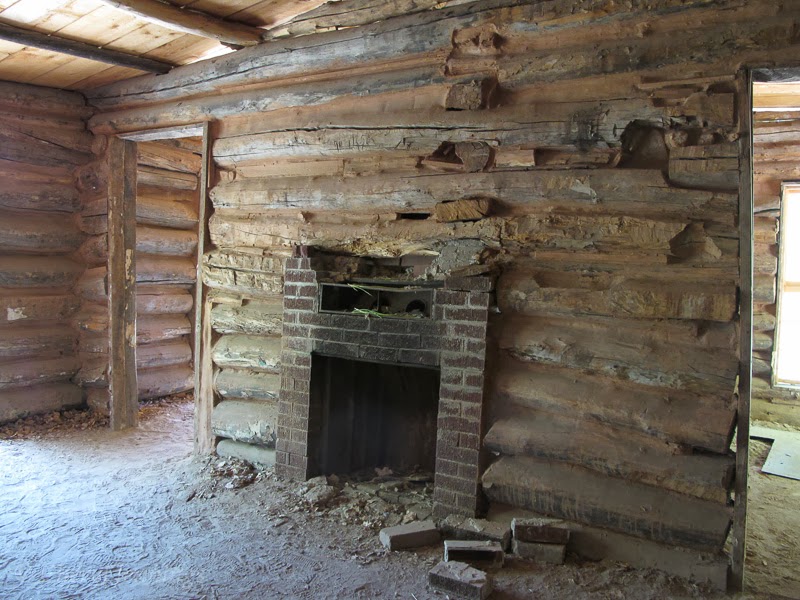 Very interesting. I think I'm going to have to put that place on our list.