My next destination took me east on I-70 into Colorado, north on State Routes 139 and 64, then US 40 up to Dinosaur National Monument.  Many of the routes I took on my Big Adventure were like visiting a national park and Route 139 was such a route.  There were no businesses or homes, just me and the road and beautiful scenery.  It was 80 miles of gorgeous.  Walt Whitman’s words from “Song for the open road” some to mind: “Afoot and light-hearted, I take to the open road, healthy, free, the world before men the long brown path before me, leading wherever I choose.”  I was just one of those kinds of days and to stop and take a photo seemed like it would take the magic away.

So onto Dinosaur National Monument I drove and finally stopped at the Green River Campground.  You can see the camp sites below and how close I was to the river. 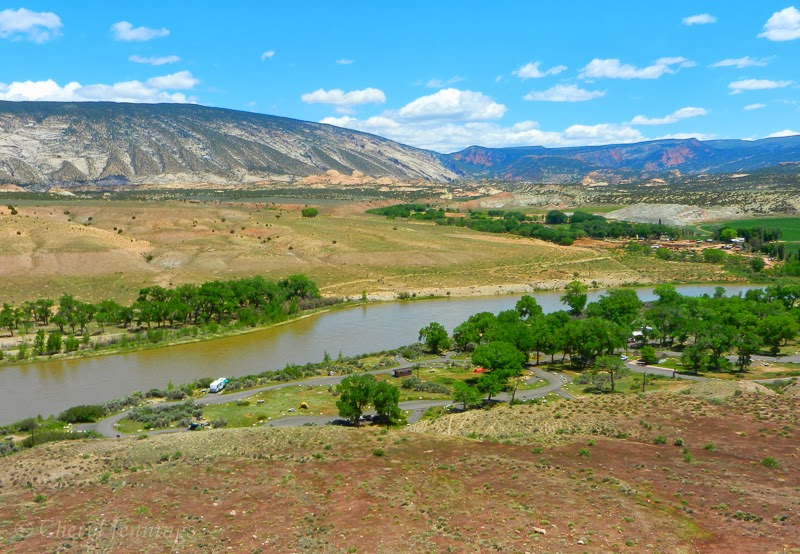 Once I marked my site I drove back up to the Visitor Center and was greeted by this dinosaur. 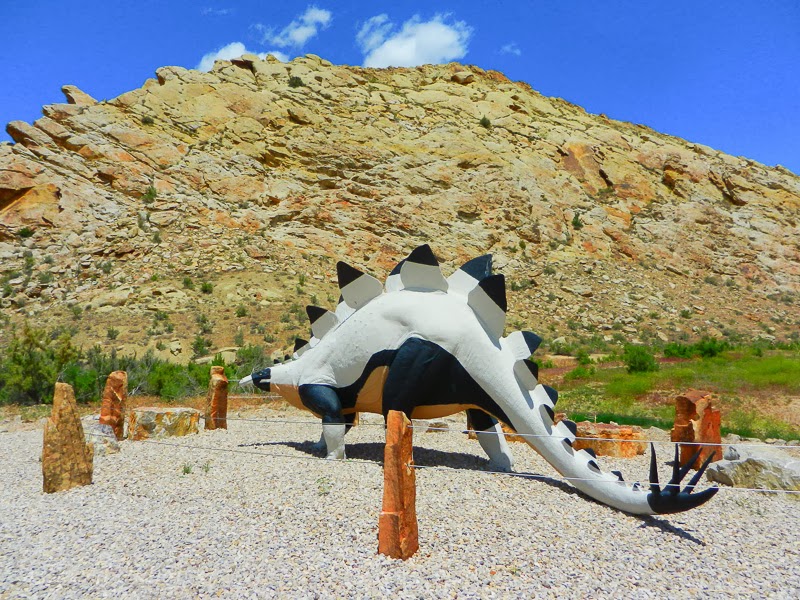 Inside the visitor center I learned how that they called this a landscape of extinct ecosystems represented in 23 of the geological formations exposed here.  I wish I had studied up more on my geology but frankly I find it so hard to grasp these geologic times.  Rather than take the bus up to the Quarry Exhibit Hall I hiked the fossil discovery trail which led pass this formation. The clouds rolled in fast but the went on anyway. 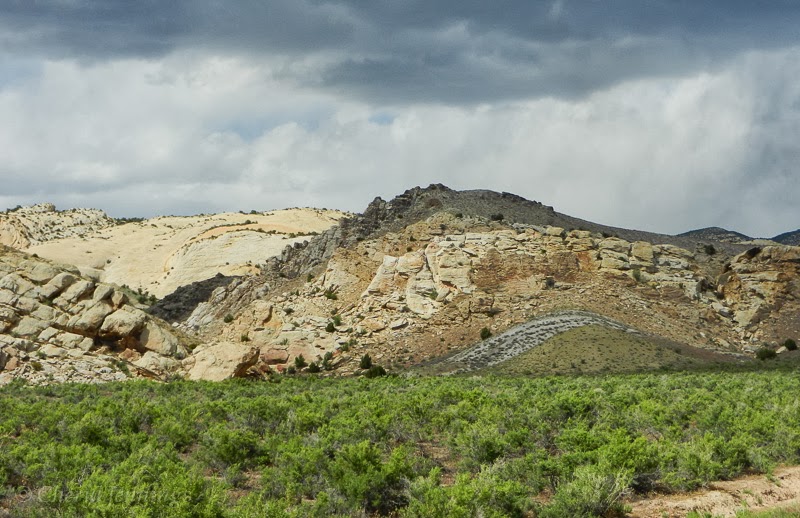 I found a few desert flowers and... 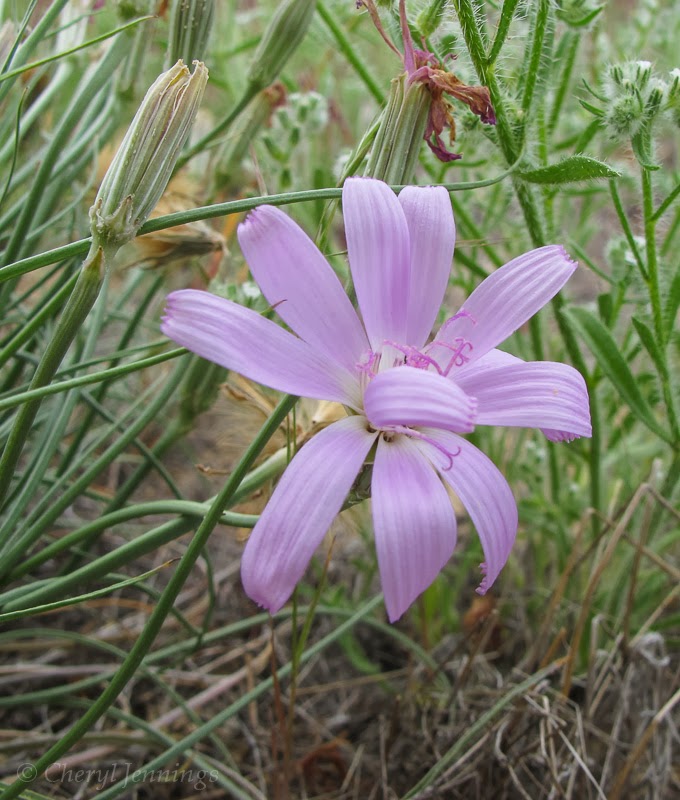 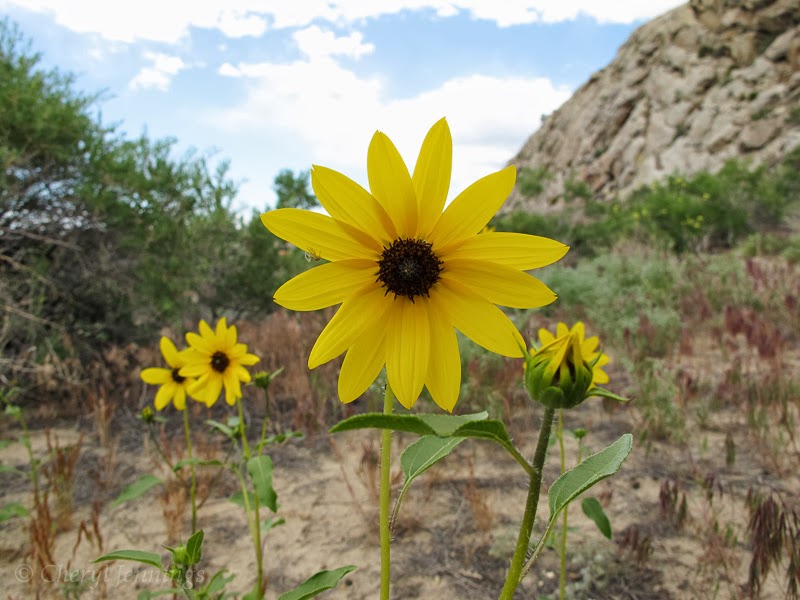 ... came upon some of the Freemont Petroglyphs scattered about the park. 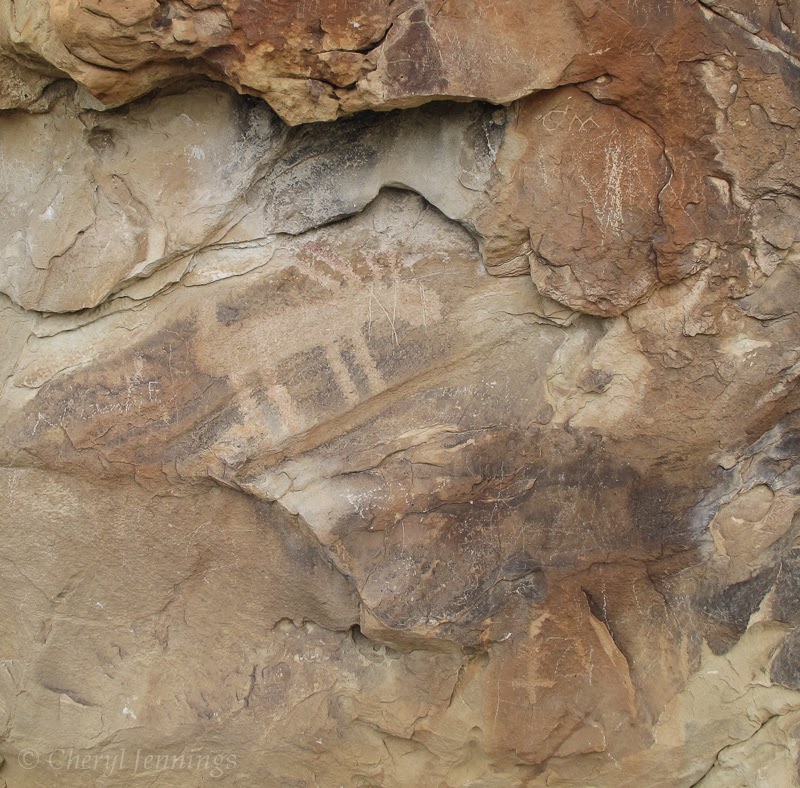 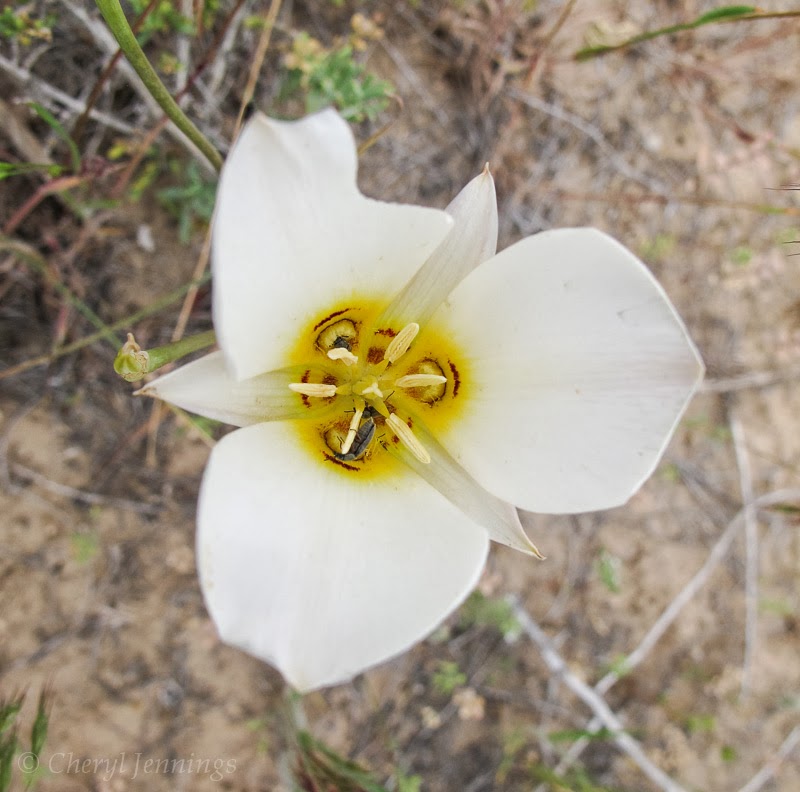 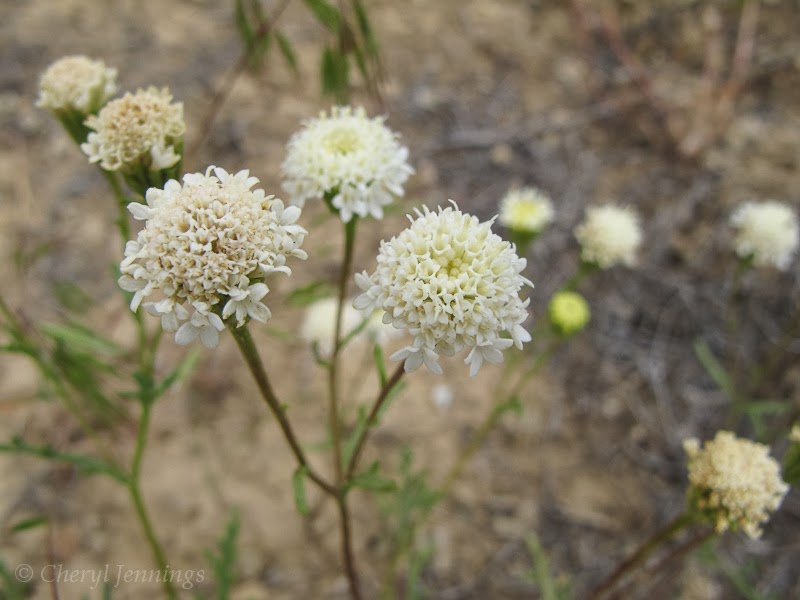 I stopped briefly at the Mowry Shale containing fish scale fossils but I didn’t have any luck finding the fossils. 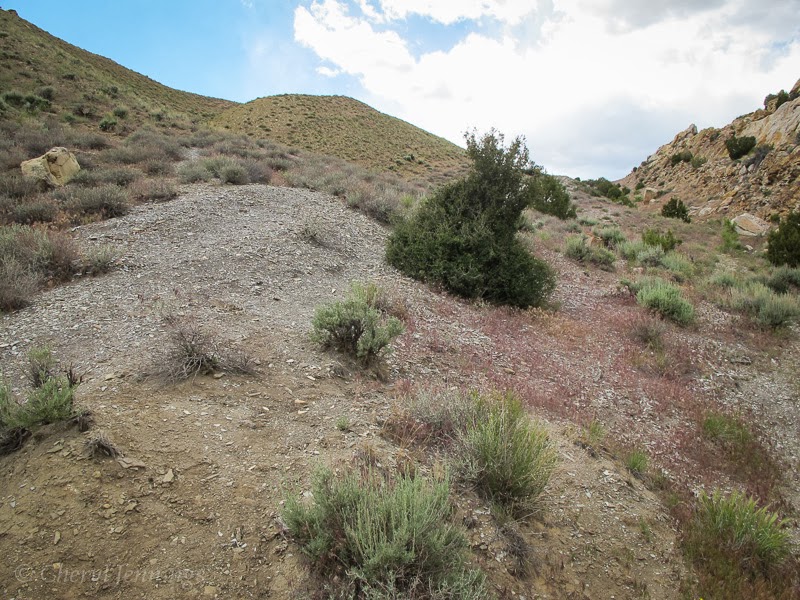 No matter, the flowers were enjoyable. 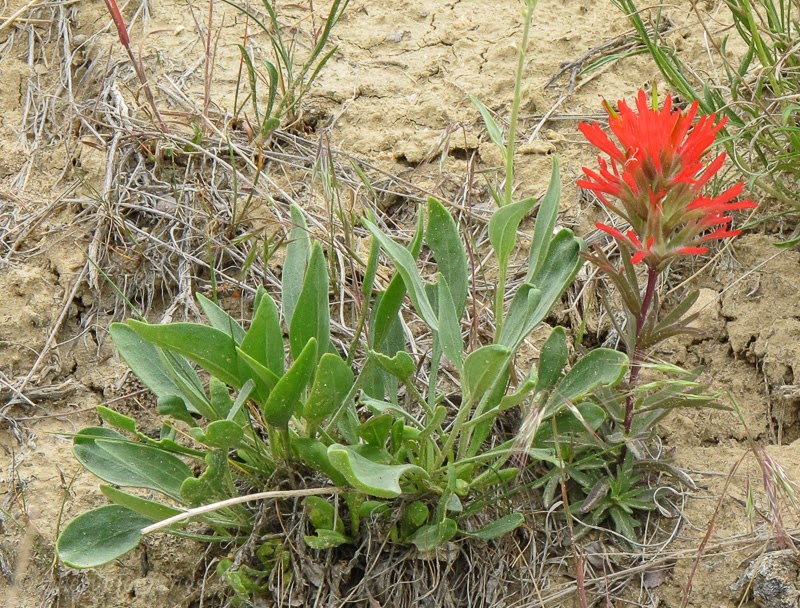 I began climbing and could see the Green River in the far distant. Up ahead was the Quarry Exhibit Hall. 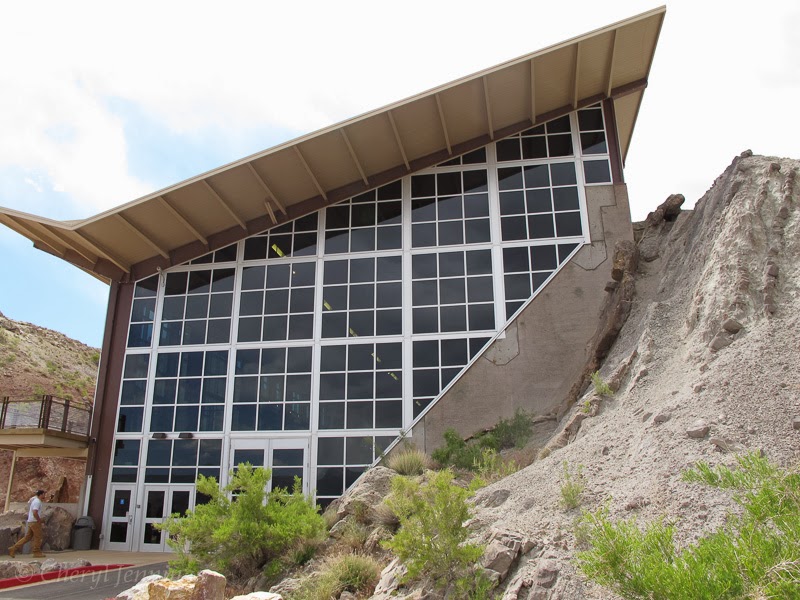 The wall of bones inside was amazing.  Earl Douglass found eight tall bones of an immense sauropod dinosaur sticking out of the ground in 1909. He was a paleontologist from the Carnegie Museum in Pittsburg, Pennsylvania. 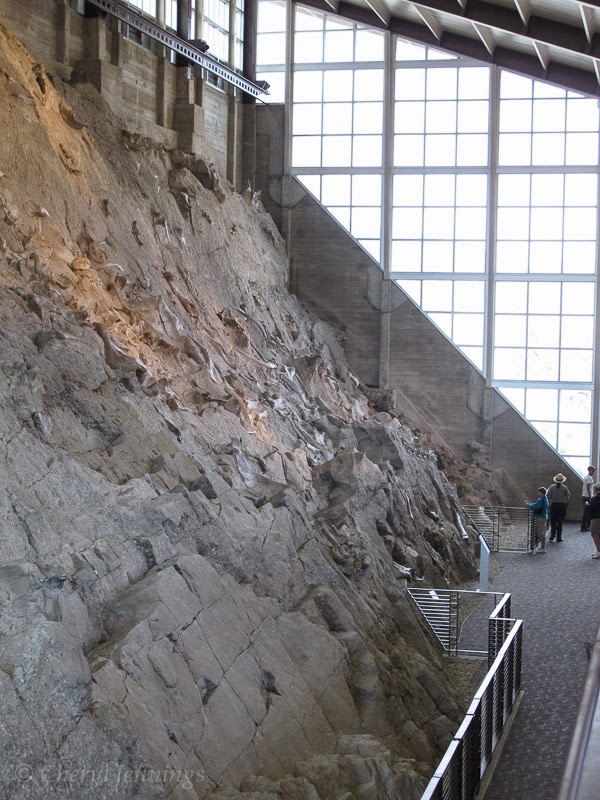 Paleontologist have collected fossils from almost 400 different dinosaurs. There are 1,500 fossil bones remaining. They are from 100 individuals. 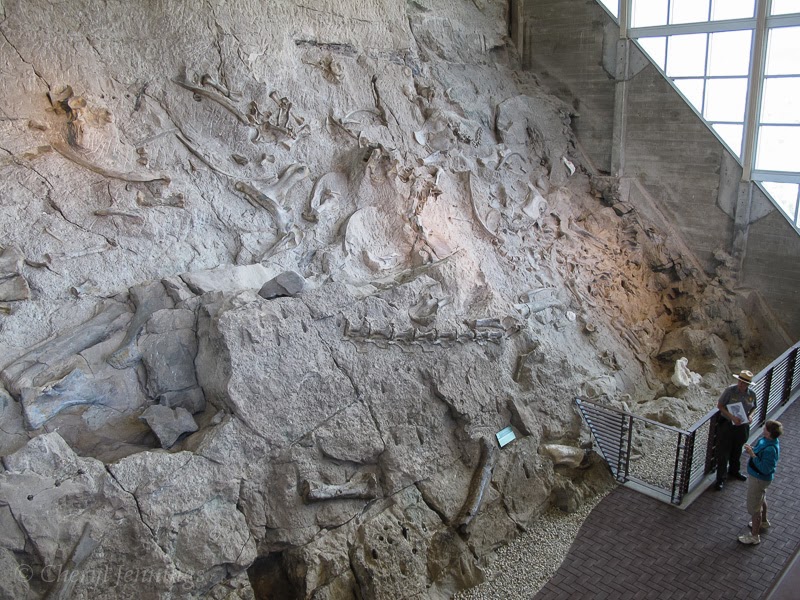 Unlike most museums, here I could touch one of the bones. 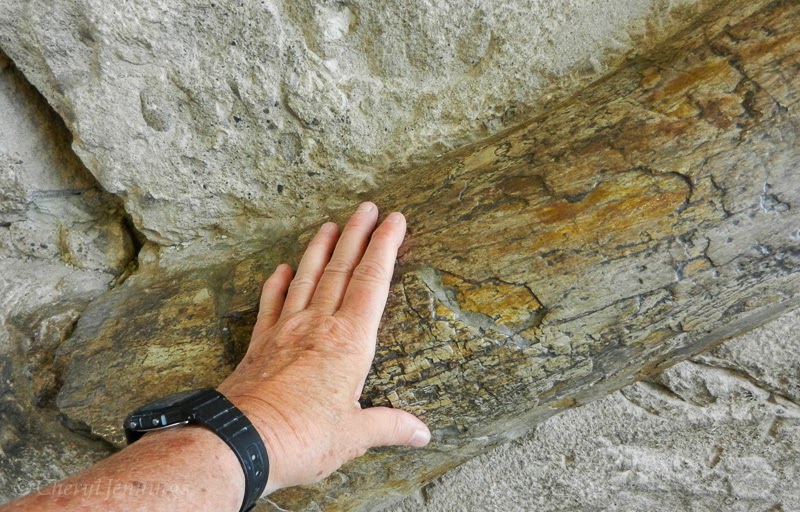 Allosaurus Skull and other cool ones. 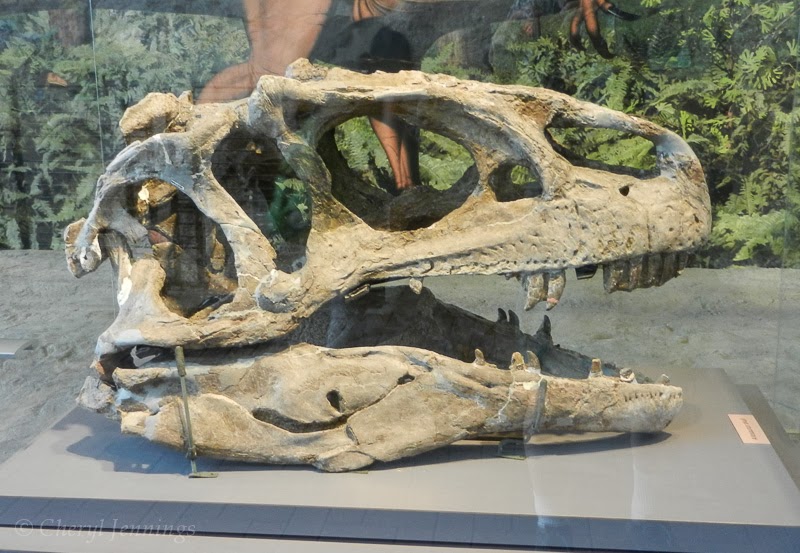 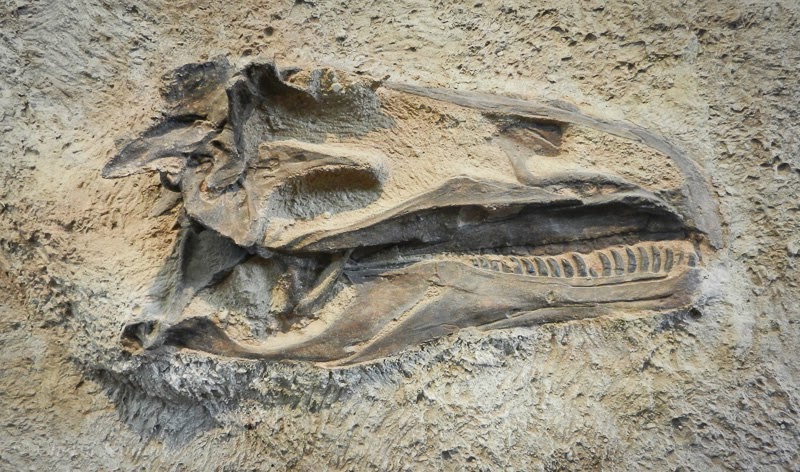 Driving back down to the campsite I passed this formation and dig site. That evening I was treated with a beautiful sunset over the Green River.

As I looked closer I saw a small heard of mule deer climbing up to cross over the ridge. Here they are still in the grass and you can spot their white butts. 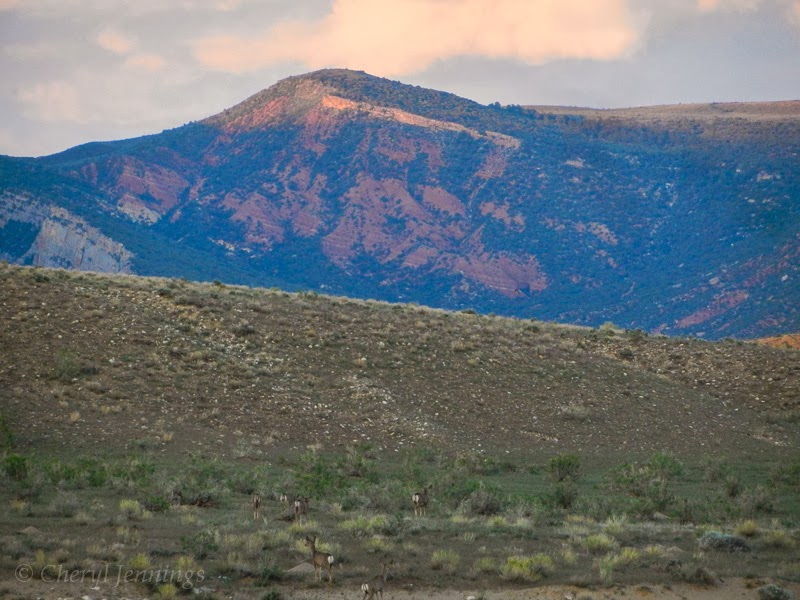 "If future generations are to remember us with gratitude rather than contempt, we must leave them more than the miracles of technology. We must leave them a glimpse of the world as it was in the beginning, not just after we got through with it.” – President Lyndon B. Johnson
Posted by squirrel at 2:12 PM

That is amazing! Been to Dinosaur Park in Canada, but not the U.S. one. Sounds like a fabulous adventure you were having too.

Thanks. One of these days I hope to visit Canada.